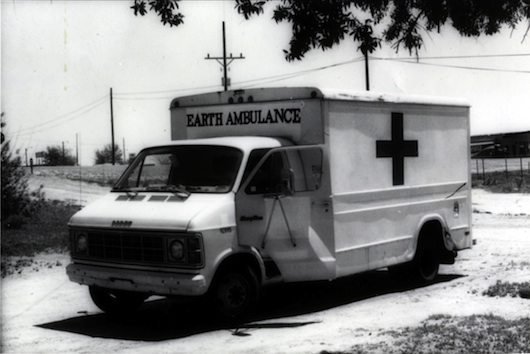 Helène Aylon tied the politics of war, which affects both human life and the environment, to the roots of our civilization in patriarchal religious systems. The Earth Ambulance carried pillowcases with earth “rescued” from fourteen selected SAC (Strategic Air Command) military bases across the country, from Berkeley to New York’s mass demonstration during SALT disarmament talks at the United Nations. Aimed at “confrontation and surveillance” at SACs, Aylon’s activist art involved ritual (“performance ceremonials”) and the collaboration of thirteen women. At the UN, they carried used army stretchers with the pillowcases, and emptied the earth into containers across the street from the UN.